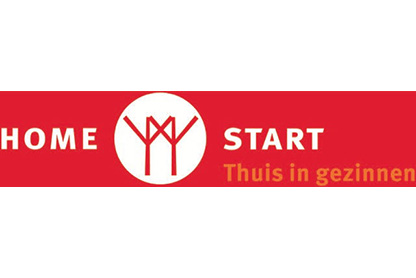 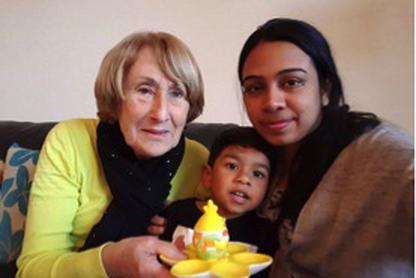 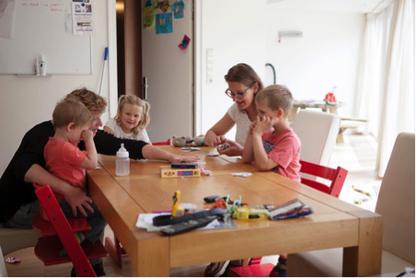 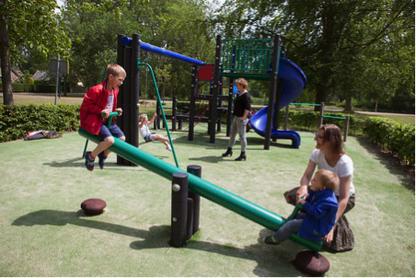 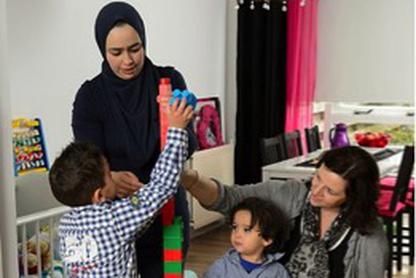 Home Start was established in the Netherlands at a very early stage. It has since grown to become the second largest Home-Start country after the UK. In 2017 there were 90 Home-Start schemes in 130 municipalities serving 3,400 families with the help of 2,900 experienced volunteers.

The idea of adopting Home-Start started with the Dutch government and they have been strong supporters of the organisation ever since. The Dutch Minister of Health visited a Home-Start UK scheme in 1991 and was determined to bring it home. Three pilot projects were created in Limburg in 1993, under the auspices of the Netherlands Institute of Care and Welfare. Humanitas Netherlands initiated another three pilot projects. These led to the launch of Home-Start Netherlands in 1996.

The demand grew very fast from all manner of different organisations, some in partnership with Home-Start. A strong National Office was formed to offer volunteer and staff training to schemes, to help new schemes ensure high quality services, and to represent Home-Start with policy and decision-makers at local and national level.

Between 1997 and 2013, The University of Amsterdam conducted what has been the most extensive evidenced-based research of Home Start’s work, tracking the short and long term effects on families who participated in Home-Start. This, and some UK research, led directly, in 2014, to an EU EPIC Best Practice Award, where Home-Start methods were rated Best Practice for their effectiveness, transferability and enduring impact. Although Home-Start benefits universally from this award, a large part of the positive evidence came from this study of Dutch schemes.

Municipalities and organisations began asking Home-Start questions about supporting families with children from 7-14. In 2016 Home-Start developed a programme called Home-Start plus, based on the principles of Home-Start for parents with at least one child at the age of 7-14. We are planning research on the effects of Home-Start plus. Home-Start is in excellent hands. Founded in 1945, Humanitas is one of the leading community organisations in the Netherlands, and is specialised in volunteering. There are 82 local chapters across the country. These helped some 65,000 people in 2016 across 700 projects with the use of 24,000 volunteers. There are 400 professional staff. Funding comes from government sources and also from the two largest national lotteries, private foundations and other private sources. This should ensure the strong support which is always so enhancing to Home-Start scheme success.

Link to our LinkedIn page: https://www.linkedin.com/company/home-startnederland/

‘I, as a mother, received help from Home-Start and now I give help with Home-Start to another mother”. A thank you letter from a mother: ‘volunteer with a heart for Home-Start’